I post Changeling stuff
The year is 2703, 3 years after the Militia victory over the IMC at the Battle of Demete, however the victory was short lived. Both sides have continued fighting, but both sides have had heavy losses on Grunts, Titans and their pilots needed to link to the titans. However the biggest loss both sides have been fighting is not in personal, but in materials, most specifically in the materials needed to produce the batteries to run the Titans.

A 3 year stalemate with both sides holding to not lose their vital titans, 3 years, Until the Militia stumbled upon a new planet. Damaquill a large snow covered planet on the outskirts of the solar system. The first planet scan reveled the materials needed to fuel their ships, to make batteries and ammo for their fleet. However it revealed so much more than that! Metals and raw materials needed to create new Titans (your custom titan) and even more exciting, Amped Batteries a super charged battery able to bring a titan out of its doomed state.

Obviously this is huge, so the Militia sends in 3 of ships to investigate the planet further, The MCS Vixen, The MCS McMillian and the MCS Brax, each arrived and sent down their own scouts.

Damaquill is a hostile planet, the snowy winters last about 8 months of the year and have blistering blizzards, ice cracks and animals that attack with little warning. However the scouts did their job, they have confirmed they existance of the materials they need and the presence of the new material needed to create new titan bodies, called Dark Ore.

However nothing is ever perfect is it, and the IMC has found the planet as well, for four months neither side really could confirm if the other was there, the planet’s mass kept them on opposite sides of the planet and the scouts never ran into each other.

Until one day, all that simply changed when the radio crackled to life “WE NEED PILOTS IN SECTOR F4 NO-” Followed by random chatter as the first battle of Damaquill had begun
Both sides caught off guard, the first battle was a wash, All combatants Deemed MIA. The stalemate has been broken,

“…And that’s why you are here, you are the next wave of scouts to go down. With an important objective need I add”

You all sit in a briefing room as the projector shows a satellite image of the last known area of the combat
“WE need you lads to go in their and retrieve all the Titans Cores and memory banks. They contain scans on the location of the resources and…the men we have lost. if you find any survivors get them home. Collect any tags you find.”

The Screen shuts off and the Captain of the MCS Brax looks to you all
“So Hell Jumpers, Any Questions?!”

===
(WELCOME WELCOME PILOTS TO THE TITANFALL RP I HAVE BEEN TRRYING TO MAKE FOR LIKE A MONTH, after 2 crashes i have finally been able to post this fuggin opening chat. I hope people join and have some fun! I am super excited…now to the rules.)

COmbat: okay so this is more or less the most important rule, even though you have a titan you are NOT OVERPOWERED For those of you who have rped with me you know how my combat system works, basically say your attack/defence as you please as long as your honest with it, like if you get hit by another titan, your getting hit its not something you just shrug off easily.
Combat against grunts and other small enemies sure, thats fine with me. It really is just a system based on trust and knowing your limits :)

Name:
Race: (i am allowing anthro furry as well as the robots/cyborgs)
Age:
Prefered Pilot class:
Prefered Loadout: (try to stay close to the games weapons)
Titan: (pick any from the games, customize them, but run it past me first if its like big big changes.) I am fine with tone having like Scorchs fire ability, or if you want a new titan in whole, like the intro said run the idea past me!)
Notes: 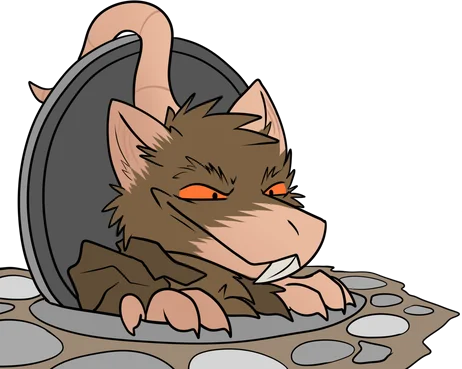 Skaven
(Yoooo I’m busy right now but I’ll update this sheet when I can get back home & research some shiz from the games. I still need to play this shiz x.x even if I’m the kinda bastard to forgo using the mech for as long as possible)

Titan: Waaiit, you guys are getting Titans?

(on the guns i recommend the r-301 carbine, a full auto number with good across the board capability and also the wingman for chonky handgun,
you also probably wanna bring one titankiller weapon, we have discount spartan laser, zap orb launcher, mag grenade launcher and Javelin’s little brother.)

(I can start off with just normal grunt shizz, tho. the items listed below are just, loik, a preset “armament path” innaways) 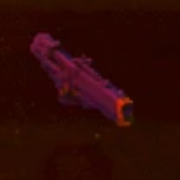 “Technically this thing was meant as a tool for mining and excavation. The Broiler wasn’t adapted for military use until armies began needing something special for “dynamic urban restructuring”, aka mouseholing through walls and buildings. Femtosecond-long strobing bursts both heat and ‘kick’ on impact, a combination lethal to structures and armor alike. It also leaves behind a particularly disturbing calling card, in which beams sublimate living tissue, most impacts leaving behind only a fine red mist and bones heavy with gristle, which explains why it’s a favorite with psyops.”

“When the food riots had hit their peak on some frontier planets, you’d see rampant industrial titans bursting out the sides of buildings, clad with mega-sized Broilers and hydraulic claws for dealing with rebar. The powderized concrete would cling to the titans and give them a sickly white look, hence the “Guriçá” nickname. Had IMC forces out on city patrols real spooked, especially since more than one Guriçá team caused buildings to collapse untop of the poor bastards.”


Sidearm: B3 Wingman revolver, with similar modifications as primary 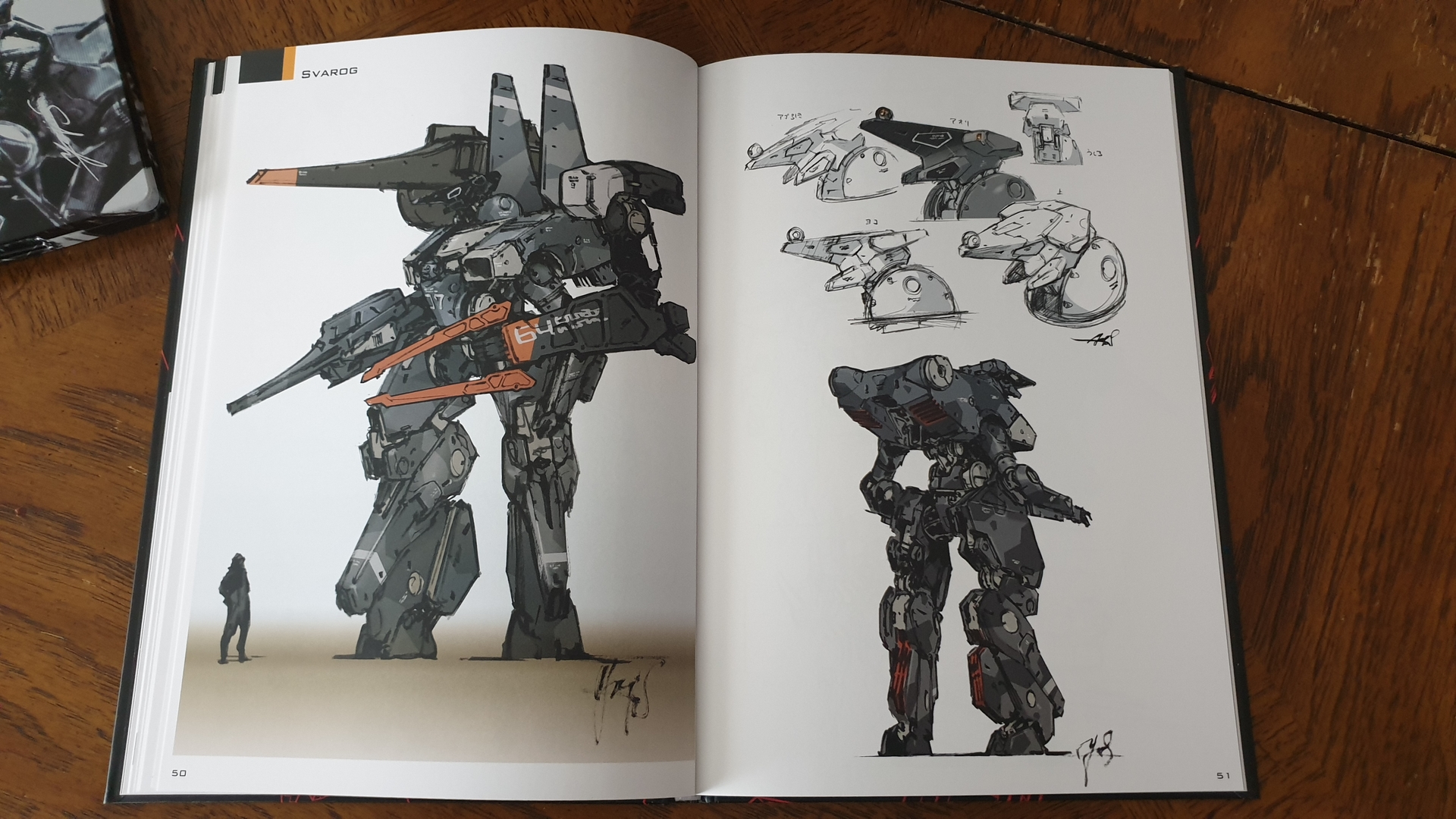 “A prolonged flight-capable titan made for use by members & contracted beneficiaries of the IMC’s Ares Division, deployed experimentally for special operations. Inspired by the capabilities of the Militia’s homegrown Vanguard design and envisioned as a hybrid between an airmobile cavalry unit and a titan, it can be reasonably assumed that variations assembled on the same standard design also exist, since its six limb units and loadout are easily interchangeable.”
Posted 5 months ago Report
Edited 4 months ago
Link Quote Reply

Loves a Demon
(little question, would you say the handheld titan weapons are fixed? i mean obviously they’d have a main weapon they use best but if something they find still has rounds…)
Posted 5 months ago Report
Edited 5 months ago
Link Quote Reply

I post Changeling stuff
@Cerebrate
Yoy would be allowed to pick it up but it would be only a qeapon. Say you pick up a tone thing, unless you are a tone you wouldnt be able to lock on or reload
Posted 5 months ago Report
Link Quote Reply

Loves a Demon
@NyantaStarhunt
(but it would still be a 40mm, that was what i envisioned it as.)
Posted 5 months ago Report
Link Quote Reply

Titan: ‘Zero’ (A heavily modified northstar chassis that works a bit like vipers when it comes to flight capabilities, Sacrificed tether traps for a more… unique weapon, being a sort of harpoon that could work with its flight for dropping targets from an height, and improved railgun charging speeds)

Notes: Zero’s name and paint was inspired by the Mitsubishi A6M Zero

I post Changeling stuff
AND NOW I WAIT ON ONE HOWEVER! WE CAN START SOON!
Posted 5 months ago Report
Link Quote Reply

I am only gonna ask this once but does anyone have any questions at all about this mission!

Once you drop into the Combat zone i have no guarantee we can get you out he shows a holomap and points to a large storm brewing its gonna slam into your DZ about 7 hours after you drop. then it will last a week. Don’t be there.

he chuckles worse case Ontario, we have a pilot who is able to drop in if needed!

REMEMBER LADS, Drop in, get the cores and tags. Recover any wounded, on both sides, if there is IMC down there save them, if you encounter and hostiles, take em out. DOnt die on me, your my last recon squad.

🖊 ⚖ 🖌
@NyantaStarhunt
“Yeah, ehm… just one thing; I’ve heard how things can escalate with pilots in the fray, what with those revised Vinson-Dynamics reapers and the ticks the Remnant likes so much, that they deploy for taking schmucks like us outta the equation. How bad have things gotten down there?”
Posted 5 months ago Report
Edited 5 months ago
Link Quote Reply

Loves a Demon
@Coriolanus
“would give me an opportunity to see if a reaper is a mini titan or just a big stalker. if the IMC has high interest in keeping this world you can expect a lot of hardware on the ground.”
Posted 5 months ago Report
Link Quote Reply

@Cerebrate
(Just remember you are a GRUNT right now not pilots. But it wont last longi promise ,_,)

Like I said, we have little idea what happened down there all we know for sure is that when the storms hit reapers are useless they freeze up a lot. This planet is harsh, but we are not sending you in blind. You will have survival packs in case 5he storm hits quicker.

Loves a Demon
@NyantaStarhunt
“so worst case we find ourselves a protected nook and hunker down until it’s blown over, got it.”
Posted 5 months ago Report
Link Quote Reply

Loves a Demon
@NyantaStarhunt
(sir? is that guy making a joke or is imos someone with rank?)
Posted 5 months ago Report
Link Quote Reply

I post Changeling stuff
@Cerebrate
(Just saying sir, i realise my fault lol. He isnt trying to be rude or anything heh
Posted 5 months ago Report
Edited 5 months ago
Link Quote Reply
Interested in advertising on Furbooru? Click here for information!