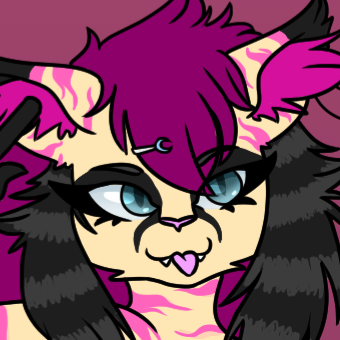 Foxy Catgirl ^_^
After all these years, I still wanted to fix all the bullshit in my mother’s obituary. Here it is, the truth:
Sarah, whose last name was only Zirbel because she couldn’t afford to change her name, whose age was too fucking young, whose residency was all over the place, finally jumped in front of a semi after a lifetime of misery. Nobody with functioning eyes and ears they haven’t sewn shut is surprised.
A fake bullshit funeral where everybody pretends her life was better than it actually was and like they had no hand in making it as shitty as it actually was will be held at a bullshit church of a religion that she didn’t ascribe to.
Sarah was born in January, 1972, in a shitty midwestern US state, to 2 bigots who fucked her up and never respected her, and was brought up in a series of fucked up conservative hellholes. She, in turn, fucked up the people around her and didn’t respect them or herself, nor did she ever have a chance to know how to in the first place.
She was going to graduate at the top of her class in high school, but as a gifted and neglected individual, she fucked her grades up on purpose at the last moment because she knew she wouldn’t be allowed to give a speech from the heart that told the real truth, and besides, fuck the system anyway right? She then obtained a practically useless bachelor’s degree in English Literature that she was never able to use and spent the rest of her life paying on her college debt.
Those she left behind to suffer include but are not limited to her 4 children, their descendants, friends and family, and the broader society around them who have to deal with their misery, dysfunction, and their own suicidality, and her 1 boyfriend who was ever actually good for her, who never beat her, who respected and listened to her, but who she found way too late in life and who wasn’t equipped to deal with the level of bullshit that she and the world had collectively turned her existence into.
That’s the real shit they should’ve said instead of the candy-ass, rose-tinted bullshit they put out. And it deserves to be fucking said.
Her story is not an isolated anomaly, but a typical and regular occurrence, one of many others like it in the United States of America. Fuck the religious and fuck the fascists who got us here. Fuck this country and fuck the world. ~
Posted 4 months ago Report
Edited 4 months ago
Link Quote Reply